After much hemming and hawing, I thought it would be good to lay out what the project concept is from a high level without being too abstract. A lot of my earlier posts are a little evasive, so here I’ll try to be a bit more to the point.

The protagonist of the game has no given name, but I refer to them as the child. The child’s motivation may or may not be explicitly stated in the game, but conceptually the child’s motivation is that they inherited or were otherwise given the gift. The gift is an object that the child received; they did not make or earn the gift; and this may be stated explicitly in the game if development time allows. I would prefer to make this element explicit, but if I don’t have the development time to do so, it may not make it into the game. The child doesn’t hate the gift. They feel responsible for the gift. Although the gift is in their possession now, they think that nobody should own the gift.

The child seeks to return the gift to its original resting place at the end of the temple. The exact reason why they want to return the gift and why they think nobody should own the gift is open to interpretation. What is on the other side of the manhole I also plan to leave unspecified.

The gift, referred to as either “the artifact” or “the treasure” in previous posts, resembles a manhole cover in size and dimensions. 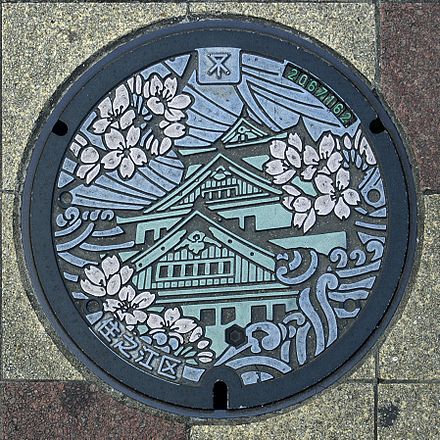 The gift must have the following properties:

The temple will be reminiscent of temples as depicted in Tomb Raider, Prince of Persia, Zelda, Indiana Jones, etc. The representation of the temple itself is meant to be familiar and evocative of other video games.

As a puzzle-platforming game, the game allows me to hone my craft of level and game design. It should be playable without much difficulty to players familiar with tropes of platforming games.

The narrative concept of starting the game with the treasure and returning it is meant to stand in opposition to the presentation of many popular games. Whereas games often portray the game world as existing for the joy of the player, and of the game world’s resources as being inherently there for the player to conquer and colonize, The Seal presents the player’s relationship to the world in the opposite fashion: rather than taking from the world, the player is giving to the world.

It’s hoped that in playing this game, players will examine why it is that they are returning the gift. They will hopefully play other games in the future and ask themselves why the player character deserves to steal from the game and from the environment.

If we think back to even the most seemingly innocent of games, theme of colonization and theft are common. Mario jumps through the Mushroom Kingdom, taking coins as he goes. Link smashes pots throughout Hyrule, taking rupees for himself wherever he is. Players rarely ask “why does Mario deserve these coins” or “why does Mario want these coins” or even “where did these coins come from”. The tacit message within the game is that the game world was waiting to be discovered by the player. Although the player character is causing harm to the characters already present in the game world (goombas, koopa troopas, etc), we are led to believe that this is Right and Just.

There are many ways of critiquing these structures in games, but rather than critique them directly, The Seal critiques them obliquely by inverting the expectations of the player. My responsibility as a designer is to figure out how this can still be fun.

Hunicke, LeBlanc, and Zubek’s MDA: A Formal Approach to Game Design and Game Research describes one possible framework for analyzing the components of a game’s design. Through this lens, game design elements can be considered through the following paradigm: